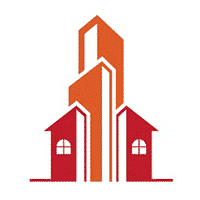 Although Mark is proud of the many authors he helped to become successful, he’s also proud that he was a member of the Association of Authors’ Representatives (AAR) for several years, from 2002-05, before he stopped being an agent and closed New Brand Agency. To qualify for membership in the AAR, an agent must be sponsored by two existing members, sell ten book traditional publishers within eighteen months, and abide by the AAR code of ethics. Less than one third of all literary agents are members of the AAR. That’s why Mark will always be an advocate for the AAR and suggest that authors attempt to work with agents who are members. However, for legal reasons, please note that the AAR does not sponsor or endorse Mark Malatesta in any way. Click here to learn more about the Association of Authors’ Representatives.

Authors Mark Malatesta represented during his time as a literary agent with New Brand Agency, and negotiated book deals for, include:

Harry H. Harrison Jr. has more than four million books in print and his parenting and gift books have been listed on the New York Times and Book Sense list of best selling nonfiction trade paperback books for more than ten years. Harry’s first book, Father to Son: Life Lessons on Raising a Boy (Workman Publishing) has sold more than 1,000,000 copies. His second book, Father to Daughter: Life Lessons on Raising a Girl (Workman Publishing) has sold nearly 1,000,000 copies as well. Harry has been interviewed on dozens of television programs, more than fifty radio programs, and been the subject of two documentaries. Thomas Nelson published Harry’s most recent book series, the seven-book 1001 Series, and his books are available in thirty countries around the world.

Jim Brown is the critically acclaimed mystery/suspense/thriller author of 24/7 and Black Valley, both published by Random House and optioned for feature film. Jim’s novels have been published in more than two-dozen countries and been translated into Japanese, Dutch, Russian, Korean, and Bulgarian. In addition to being a successful author, Jim is a renowned broadcast journalist who has worked with NBC, ABC, CBS and Fox. He has broadcast live for CNN, been featured in a BBC documentary, and reported for execution of Jerry Lee Moore from inside the Oregon State Penitentiary. As a crime reporter Jim has covered the Atlanta Child Killings; the Stocking Strangler; the Springfield, Oregon school shooting, and countless other criminal and court cases. He has been threatened and even shot at—but he’s always gotten the story.

Carol Plum-Ucci is the author of more than half a dozen young adult novels published by Houghton Mifflin Harcourt including The Body of Christopher Creed and What Happened to Lani Garver? Carol’s novels have been nominated for Michael J. Printz Honor Book Awards, selected for the Reader’s International Children’s Choice Awards List, chosen as a finalist in the Edgar Allan Poe Awards, and been selected as the Amazon Editor’s #1 Choice in Teen Lit. Carol Plum-Ucci has received seven citations from the YA division of the American Library Association, YALSA, for three of her books. Two of her novels have been named Best Books for Young Adults, with additional nominations, and her novels have been named Junior Library Guild Premiere Selections. In addition, Carol’s work has received starred reviews, and been selected as a featured book both in Seventeen Magazine and YM Magazine.

Michael Dahl is the author of more than 100 books for younger readers including the Finnegan Zwake Mystery Series published by Simon & Schuster and Scholastic, which has won rave reviews and was shortlisted for the Edgar and the Anthony Mystery Awards. Michael is also the author of many nonfiction titles, for which he has won the AEP Distinguished Achievement Award three times. Michael is the author The Everything Kid’s Joke Book (Adams Media), and he is the Editorial Director for Stone Arch Books in Minneapolis. Michael’s books have been selected by the Junior Library Guild and his ten-book fantasy series, The Library of Doom, is extremely popular. Michael is also a frequently sought after speaker who’s made presentations to schools, libraries, bookstores, and conferences in the Untied States and abroad including the ALA, TLA, NOLA, NYAEC, AASL, EncycloMedia and IRA.

GET A LITERARY AGENT
Get free access to the Directory of Literary Agents with detailed agent listings to get a traditional publisher
Your Information will never be shared with any third party.
ENTER NOW
We use cookies on our website to give you the most relevant experience by remembering your preferences and repeat visits. By clicking “Accept”, you consent to the use of ALL the cookies.
Do not sell my personal information.
SettingsHide This
Privacy, Cookies & Terms of Use